How to Professionally Handle Glassdoor Reviews

Businesses have in the past identified Glassdoor as a threat to their reputation. Glassdoor is a social site that allows an overwhelming number of ex-employees to submit reviews about companies they have worked for in the past. These reviews are usually written in form of revenge by ex-employees targeted at former companies.

These negative reviews have a way of deterring top career talents from taking a job at the affected companies, thereby paving the way for their competitors to hire the best. For these reasons, leading reputation management agencies have warned that negative reviews on Glassdoor can be far worse than consumer complaints.

Products, conditions of services and other things come under review by anonymous employees as well. You can go to the website and check out the reviews on some popular Nigerian companies. It will amaze you what can be destroyed and made beautiful using Glassdoor reviews.

The Glassdoor reviews are mostly a useful source of insider information about a company. They can influence the reputation of a company positively or negatively, mostly due to the high ranks of Glassdoor in search engine results. 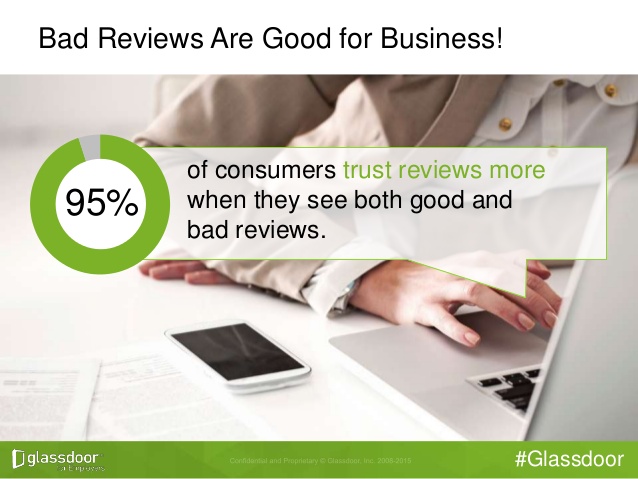 When there are many bad reviews that compete with the positive reviews, it is a sign that you should go on damage control. You shouldn’t ignore it like other companies who have relied on the reviews to blow away. Social media, unlike humans, doesn’t forget bad reviews. It is always there, waiting. Therefore, the first thing to do is to create a free employee account that will be dedicated to responding to the negative reviews in a professional, methodical and customer-service like tone. This shows that you are not only concerned with feedbacks but also interested in establishing a conversation with dissatisfied customers that assures them that you have resolved the issues at stake.

ALSO READ  5 Social Media Mistakes that Could Kill your Business

Now, it is not enough to respond to bad reviews, because readers will be checking out for not only what you say but how you say this. The careful ones will be looking for marks of insincerity in your clever replies. Therefore, instead of trying to be on the defensive all the time, you may have to own up to some of the issues in a transparent manner. Because if readers find out that there is an attempt to cover up what is apparent, this will lead to a further backlash against the brand.

Similarly, there are cases where a significant portion of the negative reviews concentrate on the same issues. In this case, a move by the company to resolve the issue internally by addressing the fundamentals might work more than fighting the reviews online. 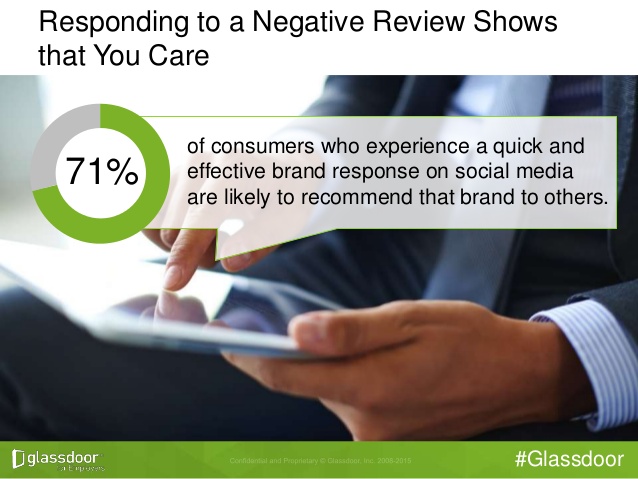 If the negative reviews continue after these measures, you can consider using paid adverts to decrease the visibility of the reviews through exploring advertising opportunities with Glassdoor. This will send the negative reviews a notch down for the positives like awards, to be visible to readers.

Nevertheless, you will be much safer if you hire a reputation management company like TRW Consult to professionally handle your company’s reputation. Contact us now.